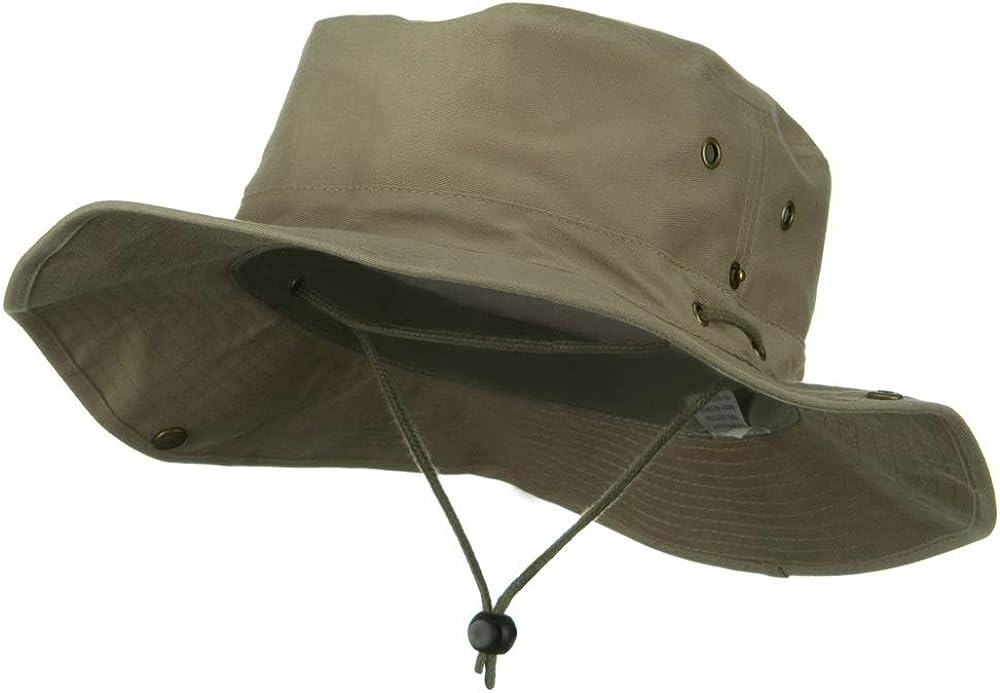 Set the sails and weigh anchor in our new Beige Extra Big Size Brushed Twill Aussie Hats. Made from 100% cotton, this beige colored hat is "the" hat to take with you on your next big adventure out at sea. This hat features a 7.5cm wide brim and 9.5cm deep crown, providing you with extra protection from the elements of the ocean or just the stream. Fitted with an adjustable fabric chin cord with toggle, this hat allows you to choose the perfect size for your head and provide you with a snug "stay -on" fit, for those days when the winds might be kicking up and the waves might choppy. This hat is Lightweight and easy transport and pack. Just don't be caught without one or you may be vistin' Davey Jones' Locker sooner than you think! Available in Khaki, and Beige.